Don’t give up on your dream of owning a Home! 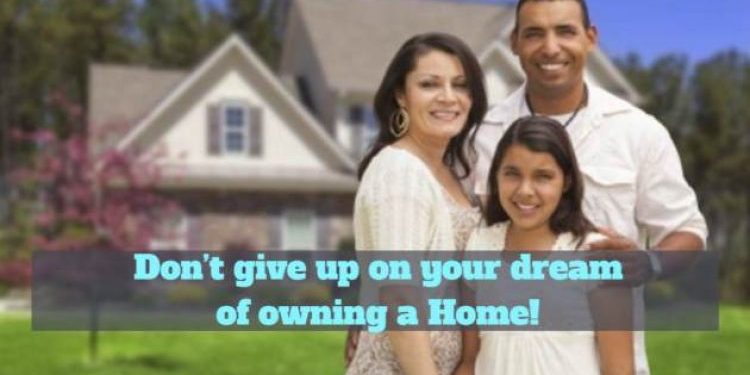 Thirty-five percent of Australians have given up on ever owning their own home, according to new research by finder.com.au.

A national survey of more than 2,000 Australians found 24% believed they had been priced out of the property market. A further 11% said the dream was out of reach but were comfortable with this as long as their quality of life was not affected.

While the results mean 65% of Australians have retained the goal of owning a home, 27% said they would have to compromise on the size or location of the property.

This means that only 38% of Aussies are sure of purchasing property that fits their exact needs.

Bessie Hassan, the money expert at finder.com.au, said prospective buyers could have more luck by looking for a home which is smaller or further from the CBD.

Disenfranchisement was highest in NSW where 40% of those surveyed had given up hope of owning property.

“Many are accepting the idea of long-term renting. However, not building up equity or having the security of a home could be problematic later in life,” Hassan said.

However, she said the property was attainable for those willing to be disciplined with their savings.

“It might mean you’re saving a deposit for ten years instead of five, but if you persevere, chances are you’ll be one step closer to being a proud homeowner.”

Housing affordability is slated to improve over the next three years as unit prices fall due to a glut of apartments in Australia’s major cities, according to a new report.

Unit prices are expected to drop by 7% in Brisbane, 5% in Melbourne and 4% in Sydney, providing an opening for more first time buyers to enter the market, states QBE’s Housing Outlook 2017-20 report.

QBE Lenders’ Mortgage Insurance CEO Phil White said that the apartment sector will have a growing influence on the nation’s property market over the coming decades. Units now account for 46% of all residential construction across the country. Investor demand for units is also expected to weaken largely due to tighter lending standards, the report says.

“With so many Australians priced out of the housing market, the Australian Dream of owning property is increasingly turning to high and medium density apartments,” he said. “Units contribute to a greater share of the market as changing lifestyles and affordability dictate property choices.

“Encouragingly, that dream should become a reality for more Australians, with improving affordability overall.”

But overall, the report forecasts that Sydney, Melbourne, Adelaide, Perth and Darwin will become more affordable in the next three years, while Hobart and Canberra are expected to become less affordable. Affordability forecasts are based on mortgage repayments on 75% of the median house price as a proportion of average household disposable income.

“Recent low affordability in Sydney and Melbourne should stop purchasers from taking larger mortgages and bidding up prices even more,” he said.

With more lending restrictions impacting investors, it could be good news for owner occupiers as they should face less competition from investors, he added.

Looking further ahead, White said around 6.5 million people will need to be housed over the next 15 years.

“The forecast population growth raises questions about whether our property market will have us on track to meet short, medium and long-term population challenges,” he said. “Careful planning for housing stock and infrastructure is imperative.”

The report forecasts Sydney, Melbourne, Adelaide, Perth and Darwin to become more affordable in the next three years. Hobart and Canberra are expected to become less affordable to June 2020.

Demographics can change your options

All the statistics and forecasts in the world cannot change your situation unless you utilise them to your advantage.

What do I mean by this?

Well, let us say you are currently living in Sydney; and you have a good deposit of around $150,000. You start looking for a family home and find prices for a basic  3 BR home starts at around $650,000, and I mean basic. Well, you have your 20.0% deposit, thus avoiding Mortgage Insurance; currently no stamp duty up to $650,000, and maybe you are satisfied with that position. But if you explore other markets, say Brisbane for example; $650,000 could buy you a 4 to 5 BR home in a good suburb, bigger block, and extra living areas around the home. Would you be happier? Comparing the two properties, definitely! But this could take effort and a little sacrifice. New employment, being possibly away from regular friends and family; until new friends are made, and hassle of shifting; which we all hate. But lifestyle, living in the home you want; not having to plan for that expensive update to that Sydney Basic kitchen or bathroom renovation.

These sorts of anomalies in markets exist, and research surprises us as to what may be available.

Research your demographics, find out your options; and don’t lose heart.

If you are not sure how to start that search, give me a call at Progressive Loans; and I will put you in touch with relevant people or professionals that can assist you.